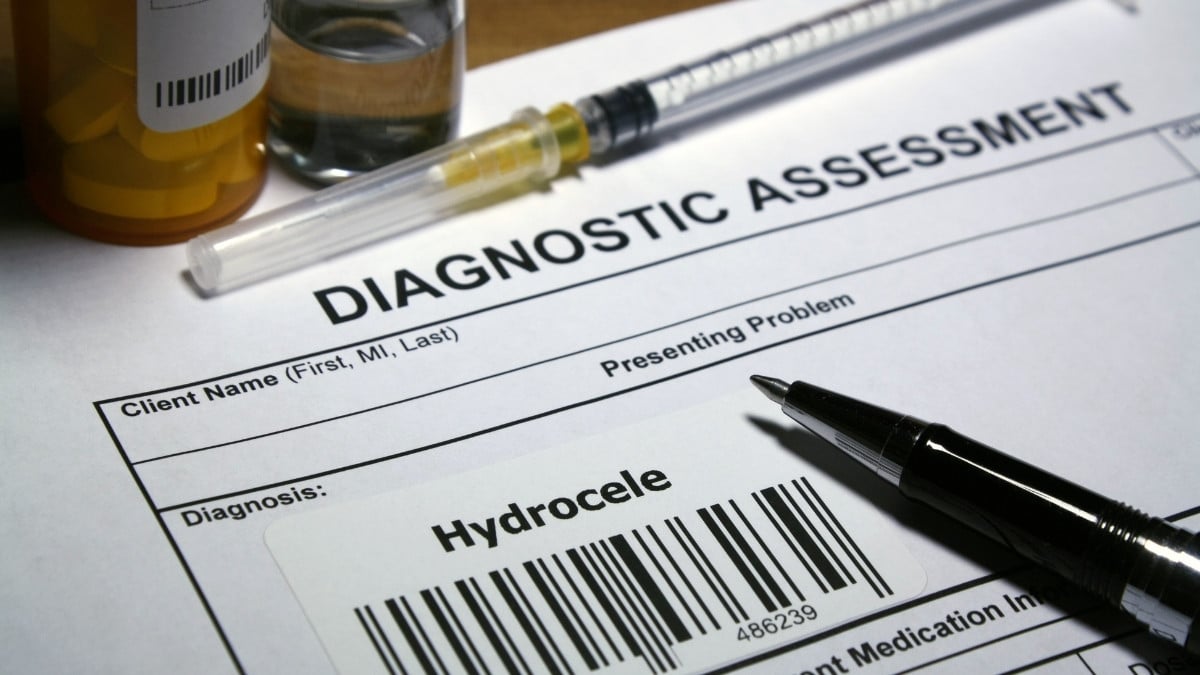 How Common Is Hydrocele?

Hydrocele is the most common benign swelling of the scrotum that often occurs in newborn babies. Almost 10% of newborn infants have a hydrocele that gets treated with the passing time.

However, 1% of adult men suffer from hydrocele, this can be because of injury or inflammation within the scrotum. If not treated it can make your scrotum large. You may feel a bit wet during sleep, it is because the fluid trapped within the scrotum gets released slowly.

Hydrocele isn’t life-threatening and neither affects fertility but it is associated with multiple health complications, such as:-

How Many Types Of Hydrocele Are There?

Hydrocele is a condition in which the fluid gets trapped inside the sac muscles which usually happens during pregnancy. After some time, the sac automatically closes and the hydrocele gets treated with time.

Depending on the opening and closing of sac muscles, hydrocele is categorized into two categories, such as:-

What Are Hydrocele Symptoms?

The fundamental symptom of a hydrocele is a painless swelling in one or both the testicles. In the case of adults, they may experience discomfort because of the heaviness of a swollen scrotum. The sensation of pain may increase with the increase in the size of the testicles.

Additionally, married men with hydrocele symptoms have been found with some episodes of sexual dysfunctions, says the NCBI.

What Is The Cause Of Hydrocele?

The cause of hydrocele depends on the age group of the person:-

A sac of muscles accompanies each testicle, allowing fluid to get collected in it surrounding the testicles. Usually, each sac closes and the fluid is absorbed. In the case of hydrocele, the sac gets closed and the fluid remains entrapped inside the sac muscles causing hydrocele(noncommunicating hydrocele).

In normal cases, the fluid trapped inside the sac muscle gets absorbed by the muscles but in some cases when the sac remains open (communicating hydrocele), its size changes or gets compressed. Consequently, the fluid flows back into the abdomen.

How Is Hydrocele Diagnosed?

In order to diagnose hydrocele, the doctor will start with a physical exam that most likely includes:-

The doctor may further like to diagnose with the following tests:-

What Is The Best Treatment For Hydroceles?

In most cases of hydrocele; a male child during birth probably goes away on its own in about a year. In case the child’s hydrocele does not go away on its own or becomes large, consult a urologist. He may require surgery.

Currently, there are two possible ways to treat hydrocele, such as:-

Surgery: It is one of the most common and effective ways of treating hydrocele where the patient is provided with anaesthesia before operating. Surgery has not had many complications, the patient is allowed to go home within a few hours of the surgery.

In this procedure, a small incision is made in the abdomen or scrotum, depending on the location of the hydroceles. Through the incision, the doctor will drain out the fluid trapped inside the sac muscle.

Soon after all the fluid is drained out, the surgeon will most likely apply a large dressing to the site of the incision. On the basis of the location of hydrocele and incision, the patient may have to keep a drainage tube for a few days.

During the surgery, many chemicals are injected into the patient, therefore it is always recommended to inform your doctor about your allergies. Here are some rare complications that may occur as an allergic reaction to anaesthesia, such as:-

There are some possible risks associated with the surgery that is rare and may not occur if the surgeon is good at his work.

This procedure is associated with the most common side effects; temporary pain in the scrotum and risk of infection.